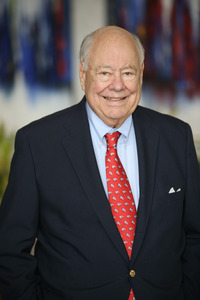 Mr. Grassi was born in San Francisco and is a lifetime San Francisco Bay Area resident. He attended the University of California at Berkeley. He and his wife, Carol, have been married for 62 years and have three children and five grandchildren.